Lack of Sleep and Weight Loss

Did you know that getting too little sleep on an ongoing basis could add to your waistline? Here’s why…

+ When we don’t get enough sleep, our metabolism slows down to conserve energy. Your body thinks it needs more energy, so it triggers two different hormones which increase appetite (cortisol and ghrelin), making you eat more.

+ Lack of sleep also causes our bodies to release less leptin, the hormone that tells your stomach that it’s full. So your body/brain lacks the sensitivity to know when to stop eating.

+ Being awake more hours gives you more time to snack. “The later you’re up at night, the greater the likelihood that you’re going to eat,” says sleep disorder specialist Michael Breus. This will make weight loss more difficult.

+ Your body burns the most calories during the deeply restful phase known as REM. And lack of sleep means less time in REM.

+ Sleep-deprived people burn about the same number of calories as the well-rested, but they consume about 300 more calories per day, say Researchers at the New York Obesity Nutrition Research Center at St. Luke’s-Roosevelt Hospital.

How much is enough? An average adult needs between 7.5 and 8 hours of sleep per night. 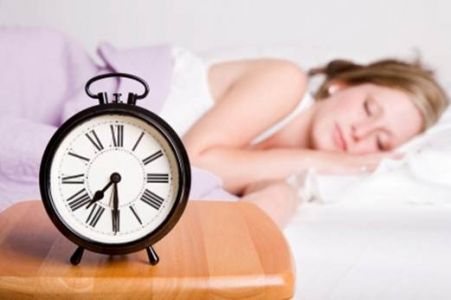 + Don’t watch TV or use a computer screen (including iPads and backlit e-readers) after 8 pm. The blue light waves keep your brain thinking it’s daylight, time to stay awake.

+ Many people find that regular exercise helps them sleep better. We can help with that!

PreviousNext
Sign up for fitness tips!
For Email Marketing you can trust.