Is sitting as dangerous as smoking? 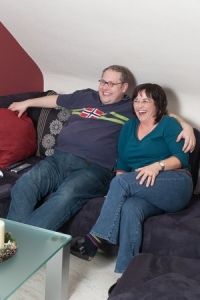 Is sitting as dangerous as smoking? We put this theory to the test. Warning! This may be entertaining.

Typically when I think of dangerous things to do in life, sitting is not near the top of that list. Maybe I’m doing it wrong? I will attempt to sort through the research in this article and find out just how dangerous sitting is to one’s health. According to my very scientific short term test the winner for most danger goes to… smoking!!! I had Mike sit in a chair for 30 minutes to see what the ramifications would be. Other than a slightly glazed over look, I could tell no difference in health. However when I tried to smoke for 30 minutes, different story altogether. I burnt myself, coughed until I threw up and generally just felt baaad! Short term winner hands down SMOKING!

I’ve seen all these studies coming out in the last year or two about how bad sitting is for you. I can tell you right now Lazy Boy is probably putting together some kind of political action committee to get these stopped. The executives were probably sitting back in their Lazy Boy chairs counting their $$$ and were like “What the Fitness”J when they saw these studies start popping up on the news.

First let me state that I’m not necessarily trying to defend sitting. But, in my circles I think it may be getting blown a little out of proportion. Imagine the world without sitting. Stand up toilets anyone? This could get messy. Stand up restaraunts, again messy. How about the next car trend would be much taller cars? Or planes would be like subway aisles and just have handles to hold onto. Sounds like a great youtube video for the first take off!

Let’s use some questionable logic to analyze our body’s design. We are built for movement. Notice the places on your body that hinge and rotate. But you also have a rearend. If we deduce that at a normal weight your leg mass is considerably larger than your hiney mass (remember I said at a normal weightJ) than we could assume we are supposed to be moving more than sitting. In fact judging from a muscle mass comparison I would say we’re supposed to be moving 2-3 times more than sitting. Full disclosure: I am sitting while I type this!

So what does the actual research say? One study compared adults who spent less than two hours a day in front of the TV or other screen-based entertainment with those who logged more than four hours a day of recreational screen time. Those with greater screen time had:

Ok, so I could only find one study describing how dangerous it is to sit too much but it was a roundup of 47 other studies tied to sedentary behavior. It pretty much showed that even if you’re exercising regularly that won’t be enough to offset the enormous amount of sitting people do.

Here are some tips to decrease your sitting time. At work, get a standing desk or just get up and walk around every 30 minutes or so if possible. At home, get up and walk during tv commercials instead of fast forwarding commercials. Big hint, if you’re walking to somewhere in either of these situations to get food you may be mitigating the effects!

In conclusion, everyone in the good ol’ USA probably needs to be sitting less and moving more!

PreviousNext
Sign up for fitness tips!
For Email Marketing you can trust.